Asia PE-VC Summit 2018: Indochina is attractive but a long-term play 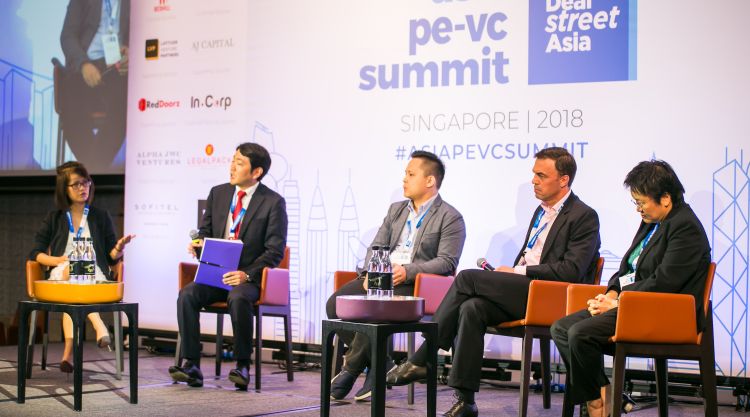 September 19, 2018 Indochina – which comprises Cambodia, Laos, Myanmar, Vietnam and Thailand – is fast catching investor interest even though the returns timeline appear to be long drawn.

While it is a good time to invest in Indochina, investors will have to be ready for a fairly long ride as the region, particularly Myanmar, is likely to go through a difficult situation, according to speakers of the Indochina panel at DEALSTREETASIA’s Asia PE-VC Summit 2018.

“Myanmar is likely to go through a difficult situation, where you have general elections in 2020, and tourism and FDI are currently down. You have to be ready for a fairly long ride,” said Emerging Markets Investment Advisors CEO, Joshua Morris, commenting on the potential of Myanmar as an investment destination.

Anthem Asia’s Heng concurred, saying that investments in the Indochina region were a long-term play. The Myanmar-focused PE firm has recently achieved first close of its SME Venture Fund at $34.5 million.

“You can find deals – but again, if you find the right company [to invest in], follow-on opportunities are there. Can you ride it out? Now is a good time to invest. It’s not that there is no universe – in Myanmar, 99 per cent of the private companies are SMEs (small and medium enterprises). We got a healthy pipeline,” Heng said.

“Myanmar is still very much in a transit space. The mindset there is very different and the new generation wants to hear from the outside. But you have to build the ability to source deals. In Myanmar, you cannot be [a] passive [investor], if you’re doing an early stage deal, you have to active,” she said.

“When it comes to Vietnam, you need to provide a lot of hand-holding, also in Myanmar. When it comes to trends,  we’re in hospitality, property, food and women consumers. Consumerism, as a whole, will continue to be the key for IndoChina,” he said.

Chua also pointed out that markets like Myanmar and Vietnam are seeing a “convergence between PE and VC”.

“Kind of an interesting time where both sides are trying to understand how valuation works. For us VCs, when you talk about EBITDA, there is none for us to begin with. In that case, we’ll see which side will have a bigger pull factor. I think there will be a compromise point where PE and VC will infuse and get involved coherently,” he said.

Japanese PE player ACA Investments, which has been focusing a lot on Vietnam and is raising a debut $100 million country-focussed fund for the market, noted that real estate is still an attractive space.

Ono said, the firm is looking to focus on warehouse investments in Vietnam with a holding period of five to six years.

“Population density brings a lot of opportunity. The real estate landscape in Vietnam has changed since 2015 summer, when foreign investors were able to buy properties there. The cycle has also managed to capture opportunity in bringing the high-end property segment into the market. As a PE, we’re investing into a company and its management. Real estate is a stable investment and I found that it is still an attractive segment,” he said.