The future of Malaysia’s startup ecosystem is in building more, and better, startups 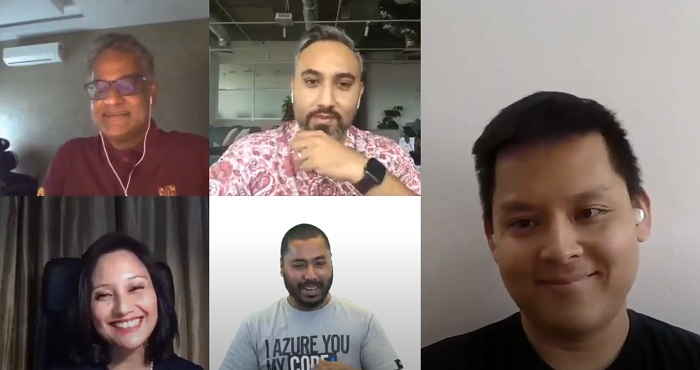 Startups are a key aspect to the Malaysia Digital Economy Blueprint (MyDigital). Amongst the blueprint’s lofty goals are initiatives to catalyse 5,000 startups within the next five years, as well as attracting two to five unicorns with headquarters in Malaysia.

This raises several questions. What does this mean exactly for the Malaysian startup ecosystem? Is it an achievable goal? And, more importantly, what can we expect for the future of Malaysian startups?

These are questions that were raised, and answered, at the panel session titled “The Future of the Malaysian Startup Ecosystem”, held during the KL Startup Summit in late March.

Malaysia certainly understands the importance of startups to its digital economy. Gopi Ganesalingam, vice president of Tech & Ecosystems Globalisation of the Malaysia Digital Economy Corporation (MDEC), said that the loss of Grab has been a wake-up call for the startup ecosystem.

Startups are crucial, he added, because startups lead to scale-ups, and scale-ups are the “fuel that creates more opportunities and exports.” For Gopi, the goal of raising 5,000 startups is a fair number – and had the Covid-19 pandemic not happened, Malaysia could’ve announced a unicorn this year he said.

For panelist Aaron Sarma, the general partner of ScaleUp Malaysia Accelerator, MyDigital’s goals for startups might, in fact, not be lofty enough. “Should we be stretching the number?” South Korea, for instance, has more than 30,000 startups (as of 2019), while estimates for Malaysia stand at about 3,000.

For Aaron, 5,000 startups and two unicorns by 2025 may be too humble a goal – numbers that the country can hit at the current rate it’s going. “Maybe there’s a need to have a goal that is ambitious, to be something that we can rally around,” he said, adding that Malaysia has good, strong startups today.

Fellow panelist Rafiza Ghazali, who is CEO of Cradle Fund Sdn Bhd, offers another perspective: can Malaysia properly support 5,000 new startups. “Are we creating startups just for the sake of creating startups? Is there demand for the services and products of these startups?” she voiced.

Rafiza’s concern stems from Cradle itself, which helps fund startups. She noted that a majority of Cradle grant recipients approved before the pandemic were not able to reach their milestones. “It all depends on how fast you can recover, how fast the Malaysian purchasing power grows to create revenue for them [startups]. We don’t want to create startups that are bleeding,” she cautions.

Rafiza’s point is that Malaysia needs to ensure that it has the people, business and corporations that utilise these startups, which makes initiatives like Cradle’s MYhackathon important at ensuring local startups are capable of servicing the government and the people. “We need to make full use of and develop our startups. That’s the conversation we need to have.”

Panellist Victor Chua Kok Hoe, on the other hand, feels that it may be risky for the MyDigital blueprint to solely focus on building unicorns. The managing partner of Vynn Capital, who says “I don’t really believe in the concept of unicorns,” feels that it’s more important to grow successful businesses.

At the same time, it’s important that Malaysia has concrete data on the number of startups (especially successful ones), which is a good metric to showcase to foreign investors. A real problem within Malaysia’s startup ecosystem, however, is local funding.

With a key element of any startup ecosystem being the maturity of its venture capital landscape, this pillar is weak in Malaysia, Chua noted. “Local funders are not funding local startups.” They would rather place their money outside of the country. This means that Malaysia is reliant on foreign capital, which is reflected in the fact that most startup funding come from overseas.

This in turn requires that the country better sell itself globally. But the situation here is not good as well.

“Malaysia is very bad at marketing,” Chua said. “We are bad in storytelling, unlike our peers in Singapore and South Korea. As Malaysians, we need to step up when it comes to propagating our message. Being overly focused on just raising numbers is bad, because we’re not focused on execution.”

This reliance on foreign investors, Chua said, is a concern, as they can easily look elsewhere once they deplete the potential market. Local VCs are also not seeing much of an uptake – Chua said that there is insufficient government role in spurring this growth. This contrasts with Indonesia and Vietnam, which always ensure that local investors get a piece of a local growth company.

“I see the startup goal from the government is an initiative done in good intentions, but there’s not enough thought to ensure that it is sustainable,” he said.

The importance of more startups

Ultimately, Aaron feels that it’s still important to encourage the creation of more startups. He acknowledges that only 1% of startups will fully “make it”, but if the country is not creating enough early stage startups, they will not have enough companies “to move up the food chain”, and thus can’t garner more investments.

He also believes that there should be more early stage interventions. “Some may fail, but eventually the guys who made it will hire the guys that don’t. That’s how an ecosystem will grow, and that will attract VCs into the ecosystem.”

Gopi added that the number of exits is also important. “The more exits you have in an ecosystem, the more money is going to come back. Entrepreneurs that successfully exit will come back with more money, and they will become investors and mentors.”

Emphasising that early-stage grants are here to stay, Rafiza concurred with Aaron that a public-private collaboration, especially in funding startups, is important. But disbursing grants aren’t enough – for Cradle, they want to develop founders. What agencies like Cradle, Malaysia Digital Economy Corporation and Malaysian Global Innovation and Creativity Centre do is to also help teach startup founders how to pitch and seek funding.

“We need to work closely with startups to develop them. We need to provide a deal flow for more established VCs. We should not only give them grant money, but also help them grow,” she said.